Mr. Pawan Kumar Sidana was initially started his career with the business of steel trading in year 2000-01 under the proprietorship LLP named “Surya Steel Traders” and thereafter entered the real estate business in year 2001. He developed several independent duplexes in Jagatpura along with his brother Mr. Tarun Kumar Sidana.

The success of the projects led to the formation of flagship LLP firm i.e. SOMYA BUILDCON LLP with main objective of exploring the real estate business for which it has started to develop projects. After receiving affirmative response from customers, the Group formed new LLP namely “SOMYA BUILDHOME LLP” for developing new projects, exploring the real estate market and for adding news feather to its cap. If you can, you should, and if you’re brave enough to start, you will.

Mr. Pawan Kumar Sidana is the Promoter & Designated Partner of M/s Somya Buildcon LLP and M/s Somya Buildhome LLP. A highly experienced corporate businessman with specialized skills in building revenue streams and implementing diversification and expansion plans. He believes in the quality & commitment made to the customer. He has already marked his name in Steel Trading Business. He is also the Promoter of Surya Steel Traders. Mr. Pawn Kumar Sidana who carries with his a distinguished track record of over 10 the years in real estate and associated businesses. Mr. Sidana is also the proprietor of M/s Surya Steel Traders, running for last 20 years. He is responsible for overall functioning of the LLP and strategies for projects construction and managerial work. 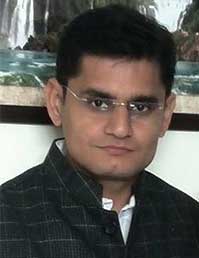 The quality of a person’s life is in direct proportion to their commitment to excellence, regardless of their chosen field of endeavor.

Coffee with us !!!
Somya Sky Legend